Two winners at the International Students Summit in Tokyo

Karen & Kim, two students from Beauvais & Rouen campuses were present at the University of Tokyo's ISS, a summit gathering students from all over the world.

Karen & Kim, students respectively at UniLaSalle Beauvais and Rouen, participated last September in the International Students Summit (ISS), a student congress organized by the Tokyo University of Agriculture (Japan) since 2002.

This annual event brings together some sixty students from around the world who, for a week, meet and exchange views and ideas on food, agricultural and environmental issues on a global scale. The search for sustainable solutions is also one of the themes addressed during the ISS.

For this 20th edition, which was held exclusively online, the students' work focused on linking actions, research and education in agricultural value chains to achieve environmental, social and economic sustainability.

During this summit Kim worked on researching a drought-resistant variety of maize. This crop, commonly grown in Zimbabwe, is seeing its production threatened by the effects of climate change. Kim's idea to curb this phenomenon is to use sorghum, another crop that thrives in the arid conditions of southern Africa, to see if it is possible to apply the same mechanism to maize, and ultimately make it more drought tolerant.

As for Karen, she focused her approach on access to healthy and sustainable food as a common good and thus achieve a form of economic and environmental sustainability; an initiative that follows the participation of Suzanne, Flobert, Léa & Karen in the student challenge organized by the United Nations in March 2021: https://bit.ly/33gMJxN

For this, Karen and her team proposed to introduce the definition of food democracy through the development of a global allocation system to facilitate access to food according to the dietary and cultural needs of each country, while taking into account the production capacity of food. This new paradigm could improve production yields while providing health and economic benefits.

The thoughts of the two future engineers were rewarded by the Tokyo Agricultural University with a certificate of participation in this 30th World Summit. Karen also received a special award as the best discussion participant. 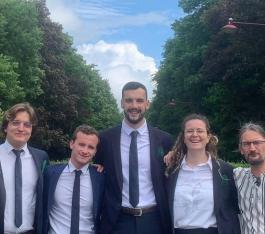 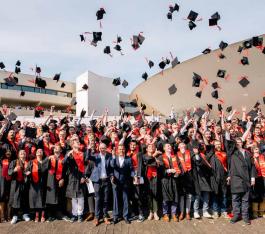 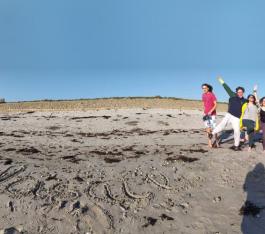 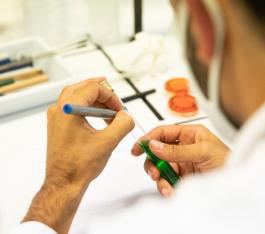